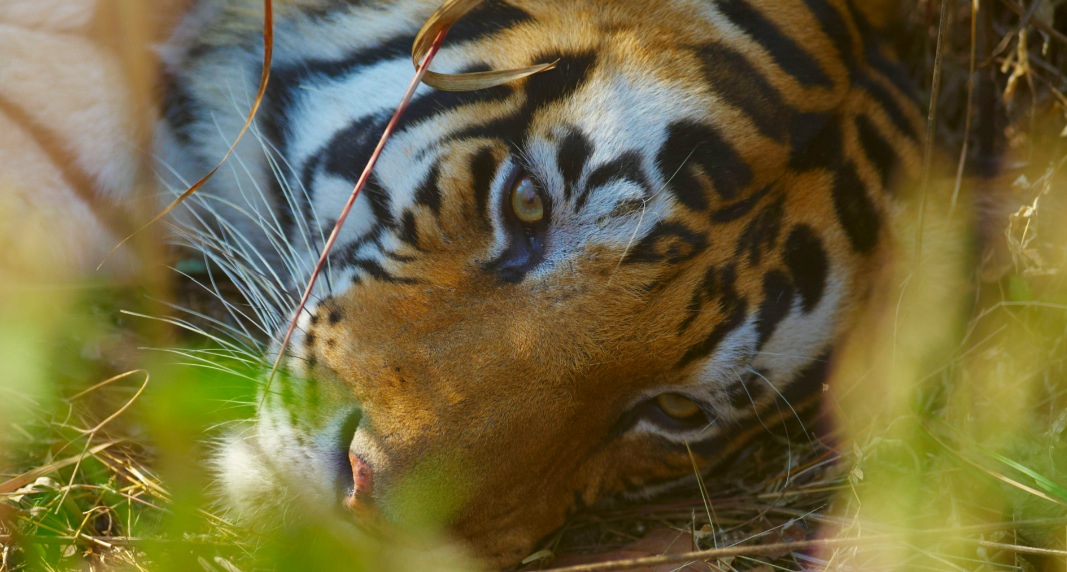 Help for the Indochinese Tiger

The most important expansion area for tigers, living wild in Thailand, is located in the so-called Western Forest Complex. This forest region is a mosaic composed of connected wildlife preserves in western Thailand along the border to Myanmar. With its 7,230 square miles, the complex’s twelve national parks and seven wildlife preserves represent one of the largest connected forest preserves in Southeast Asia. About 130 of the still remaining 196 Indochinese tigers live in this area. The national parks Mae Wong, Khlong Lan, Khlong Wang Chao and Umphang (also known as the Upper Western Forest Complex) provide tigers a suitable habitat and promise good chances to reestablish the Thai tiger population there. Together with the responsible national authorities, the Department of National parks, Wildlife and Plant Conservation (DNP) and the WWF the "A World for Tigers" foundation is targeting to increase the number of tigers in the wild in this area by 50%. The following four components are prerequisites to accomplishing this ambitious goal.

In order to protect tigers more effectively against poachers and to better control preserve areas, Thai game rangers must be trained and employed. They need to be trained up in various disciplines, for example in survey methods, patrol techniques, and map reading. So far about 200 rangers have been trained, who are now employed in small teams of 5 to 6 people surveying and guarding the national parks.

2. Improvement of tiger habitat and increases in numbers of tiger prey

In previous years commercial poaching of sambars (large deer) and bantengs (wild beef) for “bush meat” sale to local restaurants caused a significant decrease in numbers of tiger prey. This significant decrease has dramatic consequences for tigers and is to be seen in decreased rates of reproduction and low chances of survival for young, hunt-inexperienced animals. Therefore in addition to increased protection of tiger prey by the rangers, targeted increases in numbers of tiger prey are also necessary. To make sure that the ungulates have optimal living conditions in the nature preserve and continuously propagate, it is also necessary to create grassland and to establish salt and mineral licks.

​3. Investigation of the population growth of tigers and their prey

To provide a scientific basis to examining habitat and behavior of tigers and their prey, workers in the wildlife preserves must be appropriately trained. Special attention must be paid to working with camera traps because they increasingly help to document the expansion of the animals. In the preserves, 164 camera traps have been installed until now which are checked regularly. The photographs provided so far evidence for 32 different mammals, including classic tiger prey: sambar deer and muntjak (also a type of deer), gaur (wild beef), and wild boar. In addition to tigers further big cats (various kinds of leopards) could be identified.

4. Stronger inclusion of the local populace in protection efforts in order to make wildlife conservation sustainable

Local rangers are regularly active in schools to inform the students about tiger protection efforts. In this way, already several thousand students could be reached in the past months. Additionally the rangers are also responsible for supporting a comprehensive information campaign in the villages about the impact of illegal trade in wild animals and to make the local community part of their wildlife conservation efforts.

How we are helping...

All four measures are key to increase the number of tigers in the Upper Western Forest Complex and are supported by the "A World for Tigers" foundation.

With around 200 rangers, and 164 installed camera traps, a solid basis for the success in this area has already been established. To provide for a successful and sustainable protection of the animals, we require more rangers who directly combat poachers, rescue injured animals from wire traps, help improve tiger habitat and who can engage in the villages in comprehensive information campaigns about impacts of illegal wild animal trade.

To this end, all donations provided to the foundation "A World for Tigers", will be used in their entirety to deploying park rangers, the construction of ranger stations and activities to increase tiger prey and improve tiger habitat.

The suitable habitat in Thailand and Myanmar, historically strong results in engaging local populace in protective measures as well as the readiness of Thailand’s government to cooperate in these efforts, all suggest success prospects to increase the Thai tiger population by 50%!

Help us reach this ambitious goal – it is not too late! 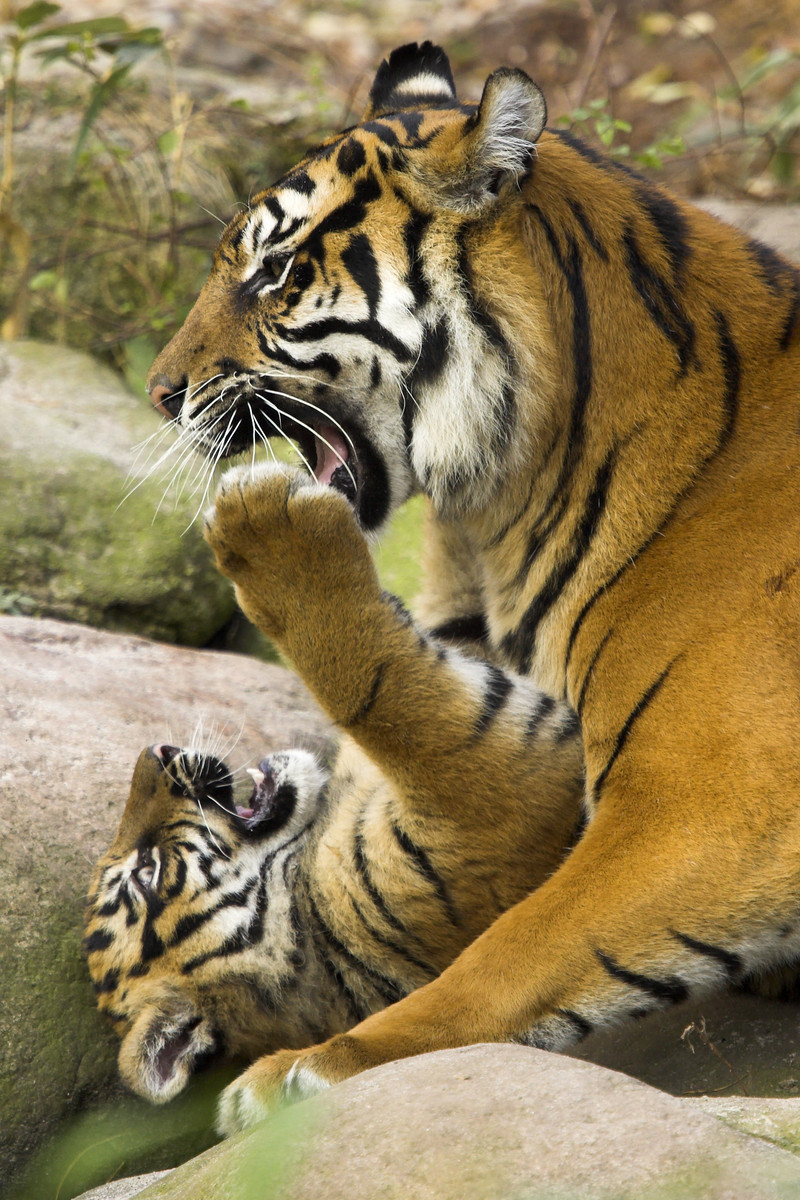 There are only about 196 tigers left in the roadless mountain forests in the border areas of Thailand, Myanmar, South China, Cambodia, Laos and Vietnam. Show more 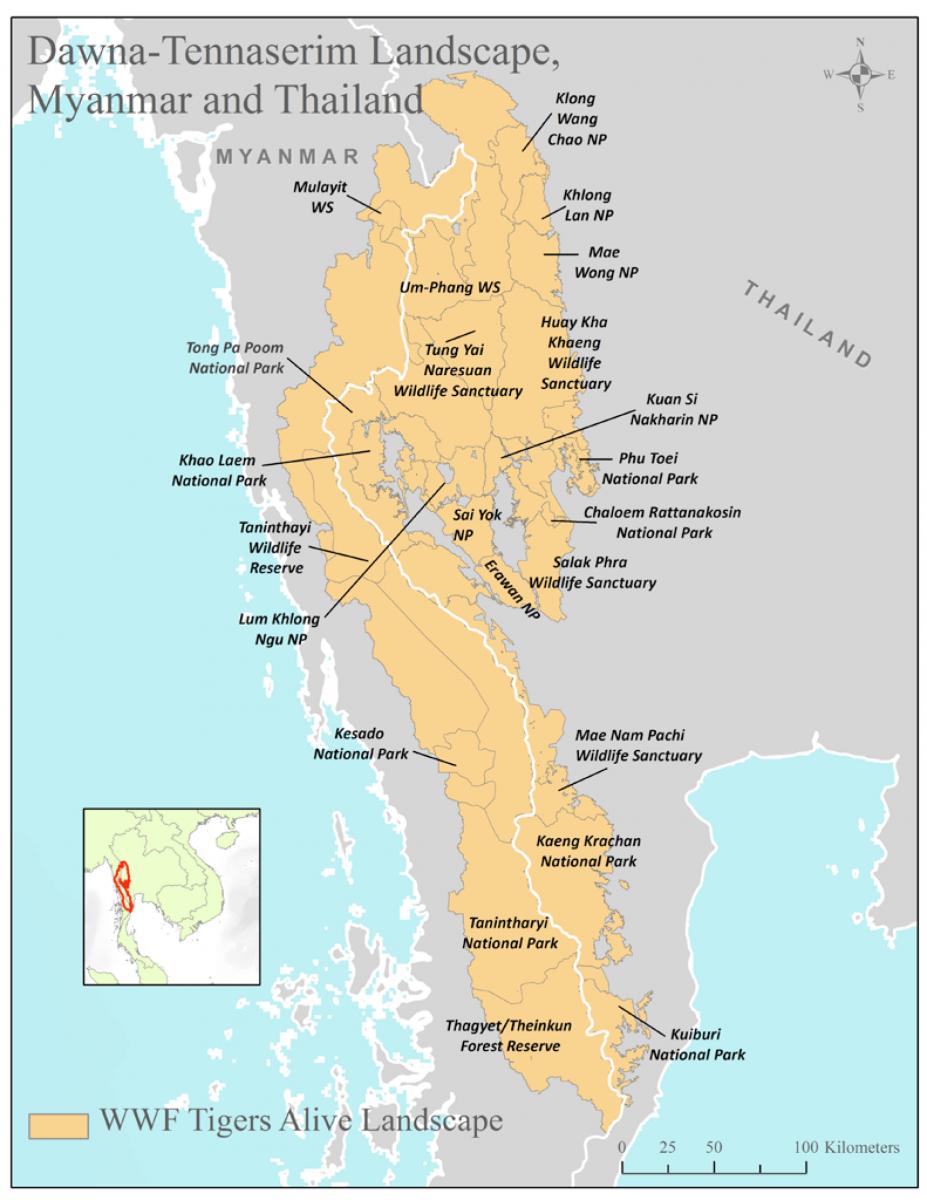 The Dawna-Tenasserim landscape, along the border between Thailand and Myanmar, is one of the primier regions for worldwide tiger protection. Most of the tigers living in Mekong countries live here. 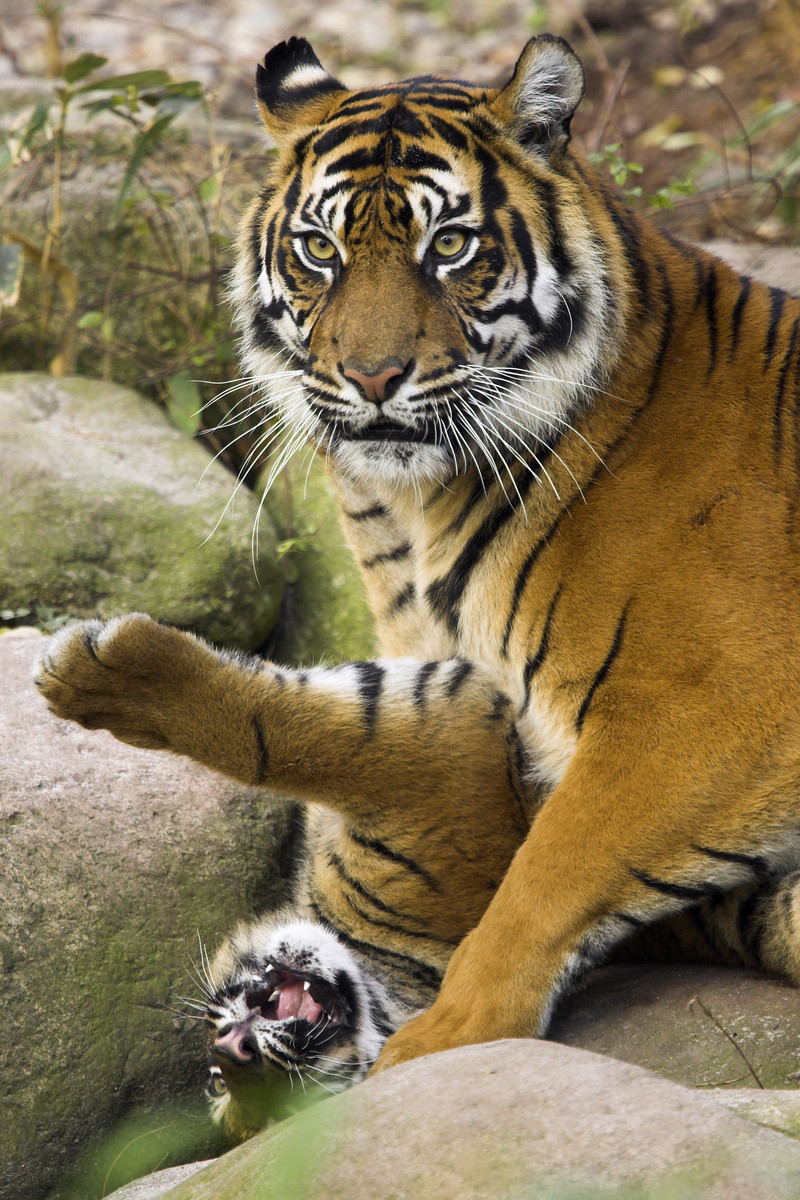 Over the past decades the tiger population has decreased so dramatically, that the majestic Big Cats can only be found in a few areas. Show more

Copyright © 2023, A World for Tigers Foundation
Theme by Devsaran