2016 was a year that again showed that all the measures we initiated to protect tigers in our project region lead to success!

The updated tiger census published in April this year shows that the number of tigers living in the wild globally has risen from 2010‘s 3,200 to 3,890 today. Also in our project region, the Dawna-Tenasserim landscape, we were able in 2016 to determine the largest tiger poplulation since the beginning of monitoring. 10 adult animals and 5 youths were identified through camera trap analysis. One of these animals, a young tigress who was already photographed with two youths by help of a camera trap in 2012, was again photographed in 2016 with 3 youths. With these positive developments, 40 additional animals in the wild were verified using camera traps. These included elephants, tapirs and Asiatic Wild Dogs, all of which are also on the IUCN red list of endangered species, as well as numerous prey  of the tiger, such as sambar deer, muntjak and Indian bison. 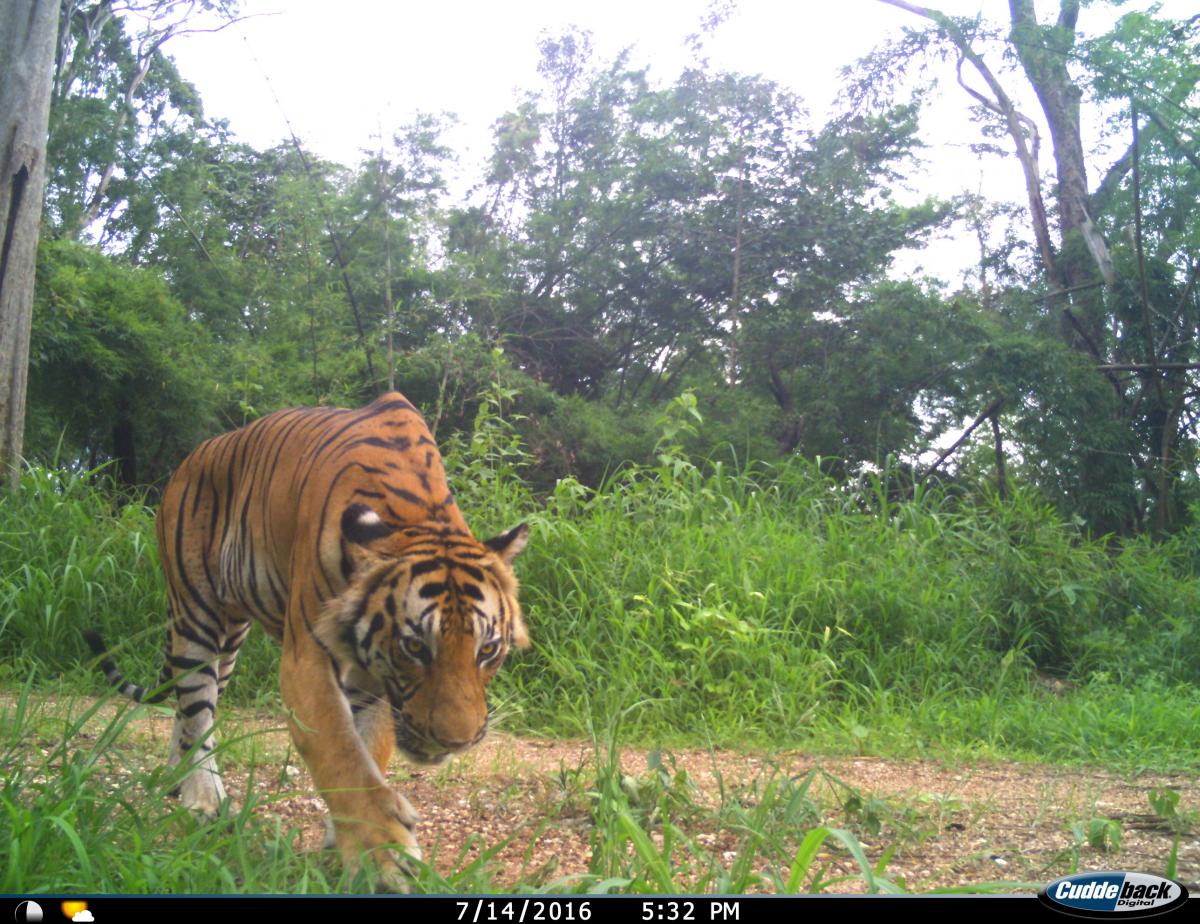 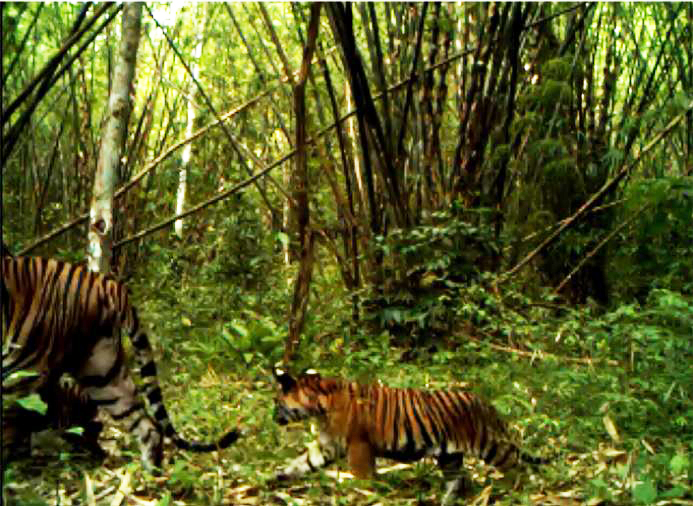 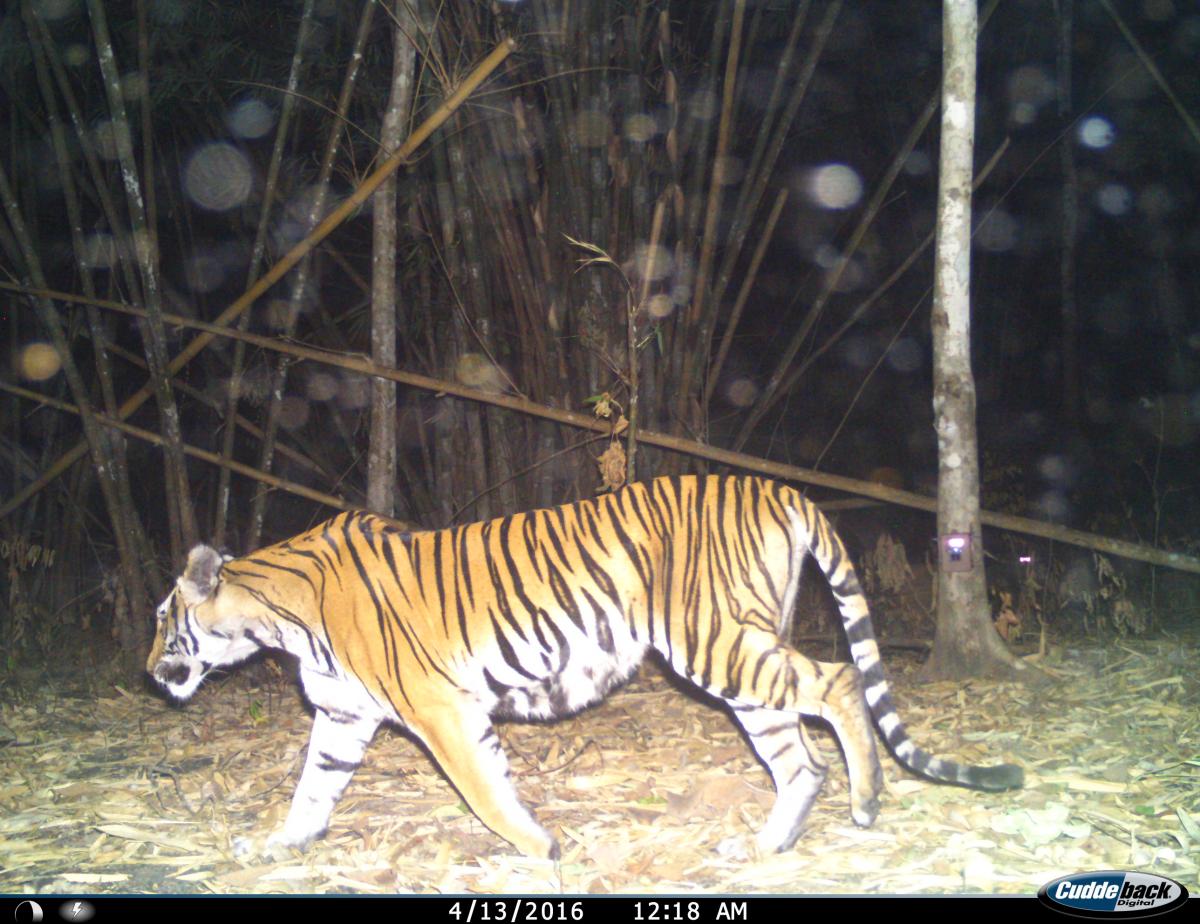 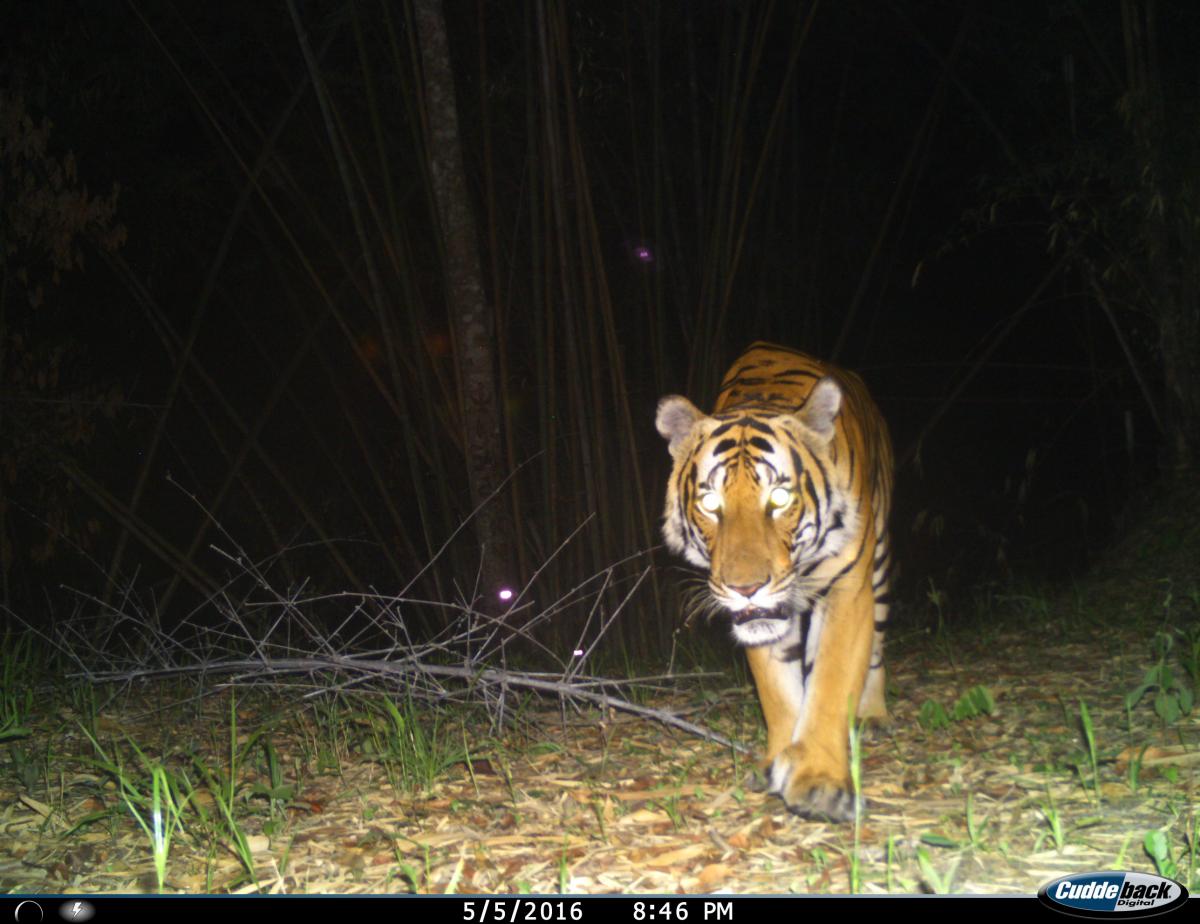 The continuous overwatch of these regions using well trained wardens locally and a seamlessly contructed monitoring of the tiger and prey population thus show significant progress and must be continued. Only in this way is it possible to prevent poaching and ensure growth of the tiger population in this region.

In 2016 more than an average 80 wardens patrolled both national parks up to 26 days per month. Again this year, warden duties consisted primarily of locating and destruction of illegal camps, the seizure of weapons and other poaching equipment, and the arrest of suspects – all great threats to tigers.

In order to enhance deployment of the wardens, several training camps were conducted together with border police representatives the first half of 2016.  The training was attended by 85 wardens and  included advanced techniques in patrolling, finding and arresting suspects, correct weapons handling and land navigation. 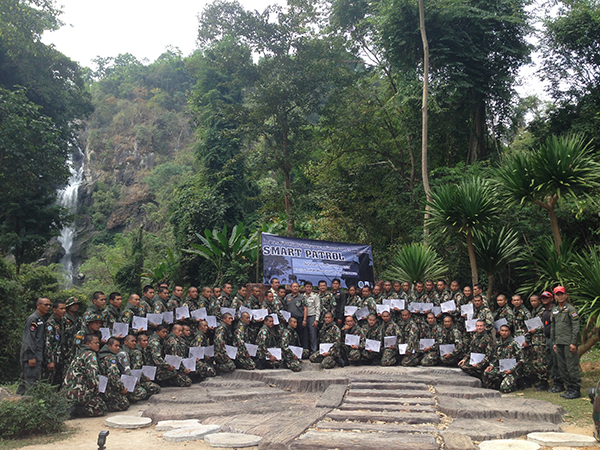 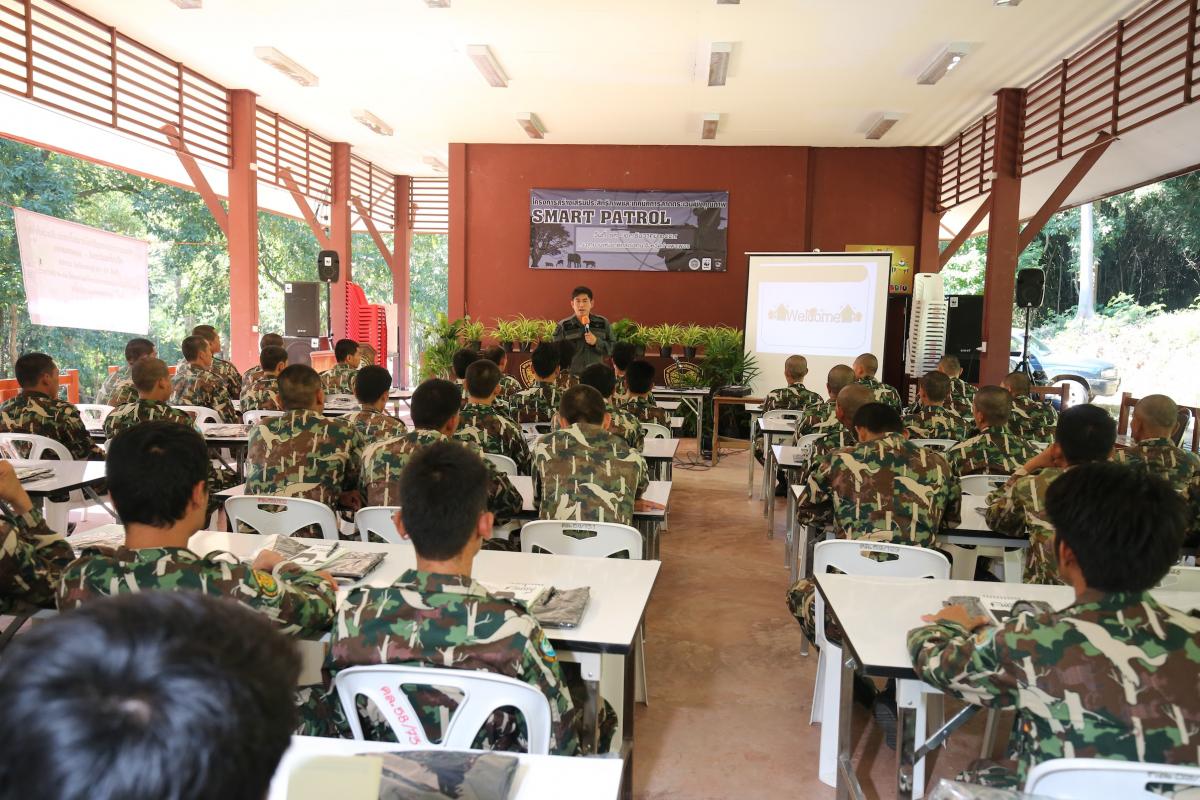 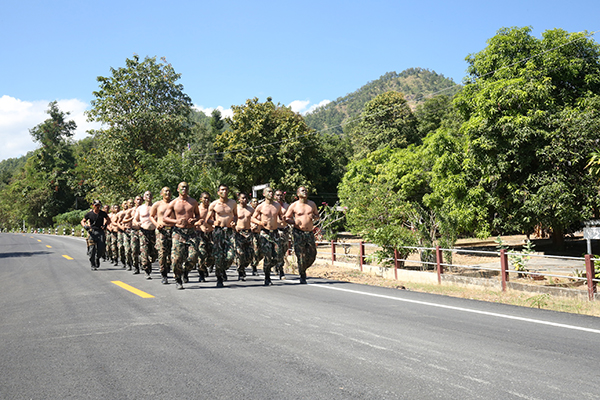 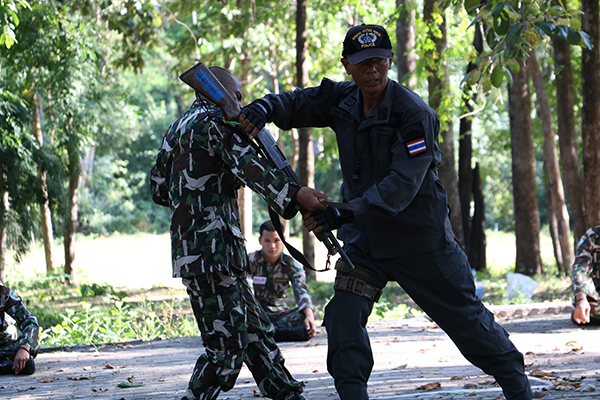 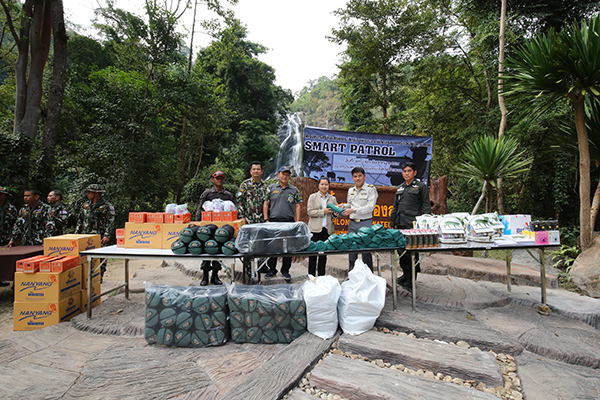 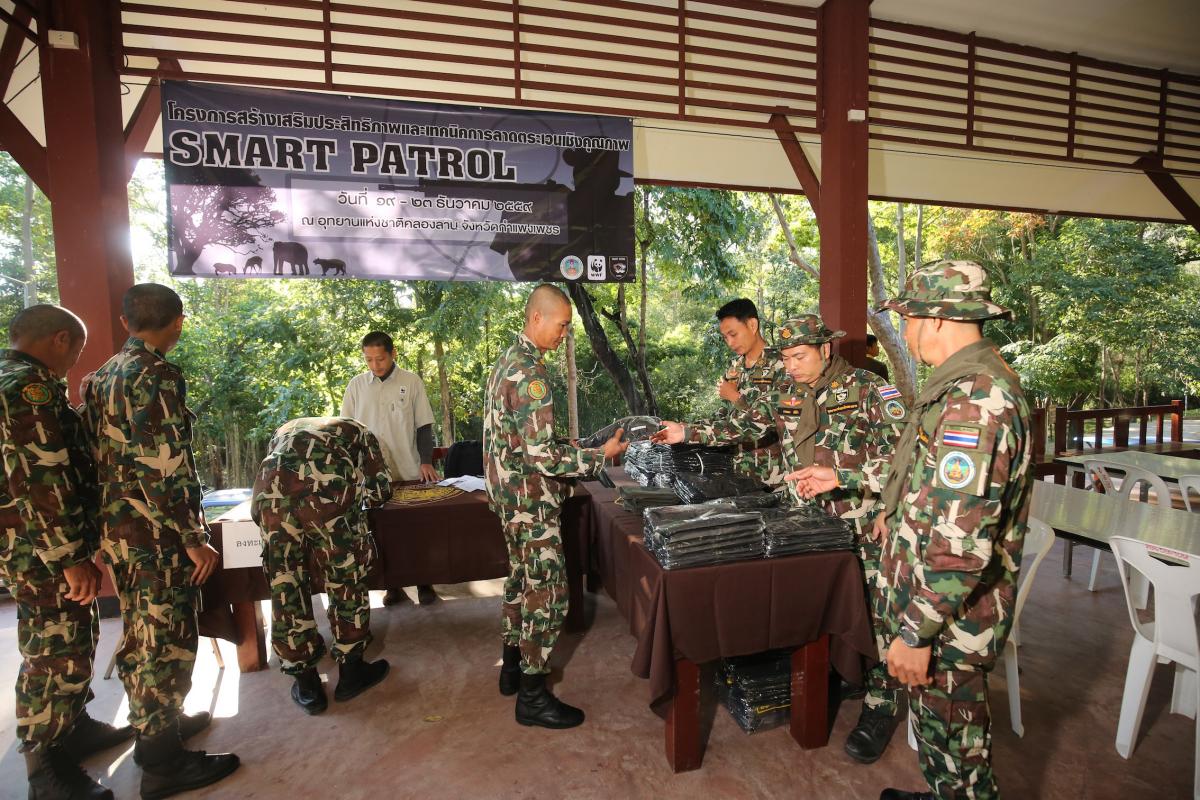 Along with the deployment of experienced wardens, regular training of the local populace  in matters of tiger protection is of ever greater importance, since an effective tiger protection program can only be achieved with their support. Thus several schools and villages were visited along the border to both national parks the first half of 2016 in order to educate locals on the importance of the national parks and the wildlife living there. 830 villagers and schoolchildren attended presentations and activities organized around the theme „No Hunt, No Buy, and No Consume of Wildlife Meat“. 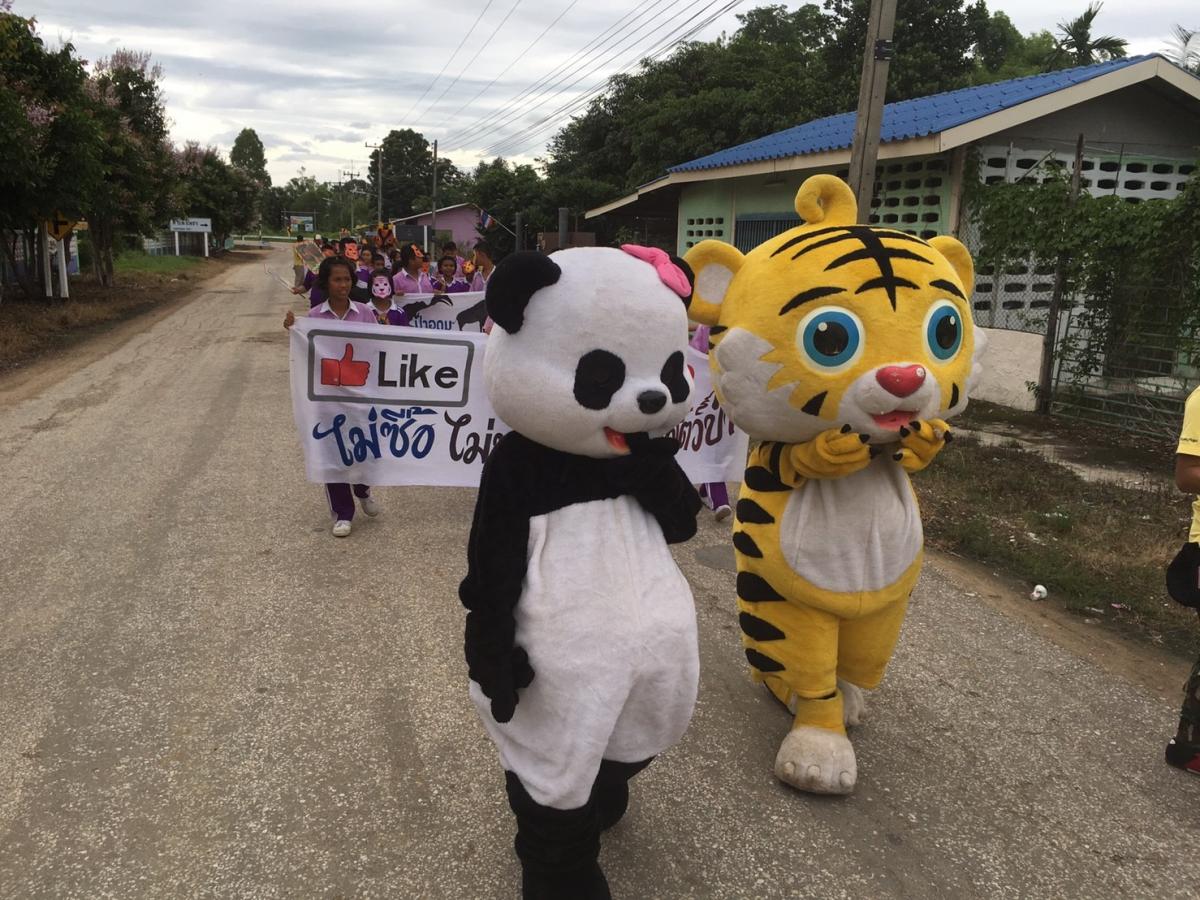 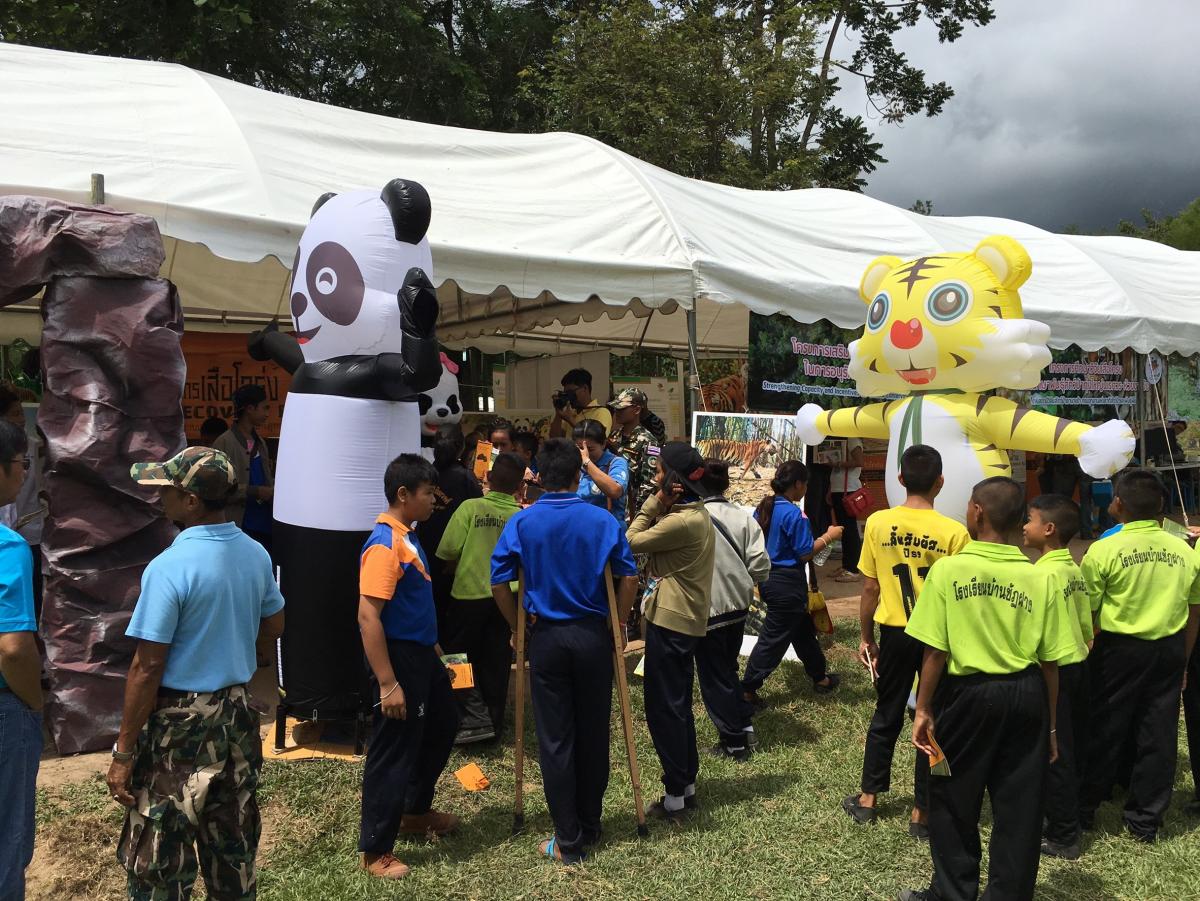 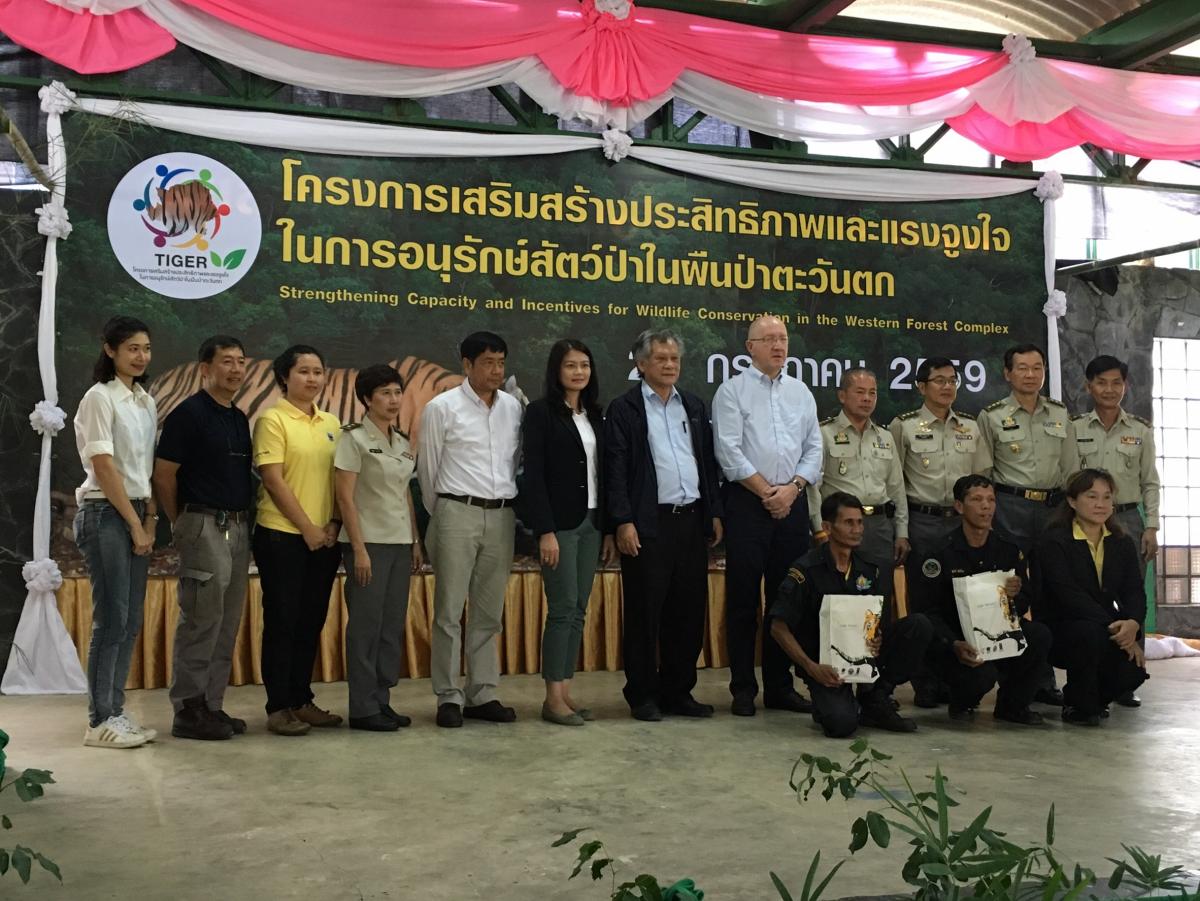 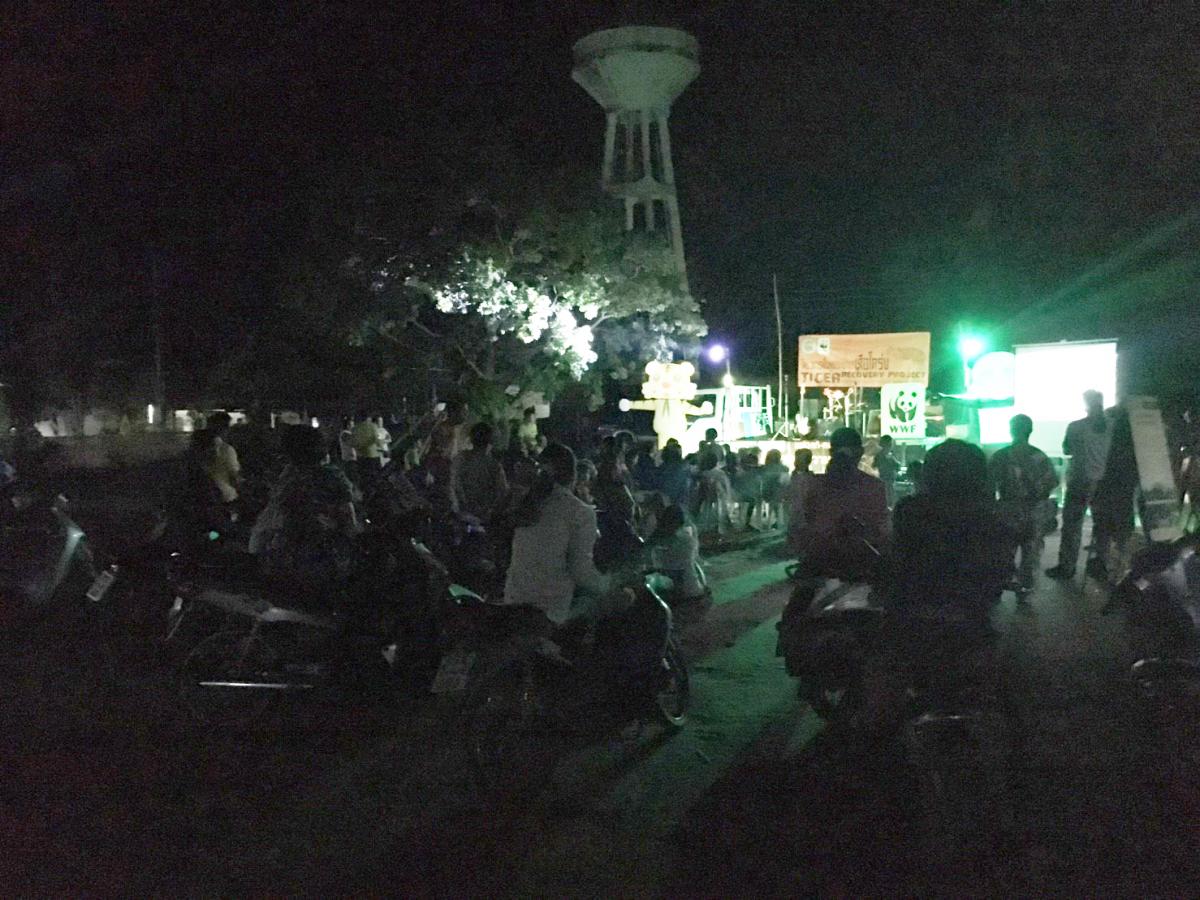 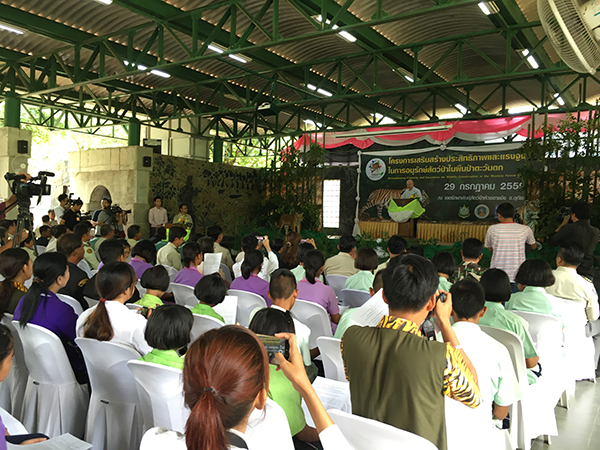 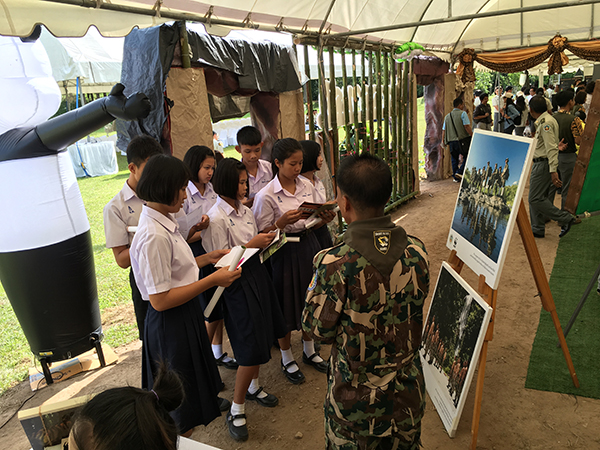 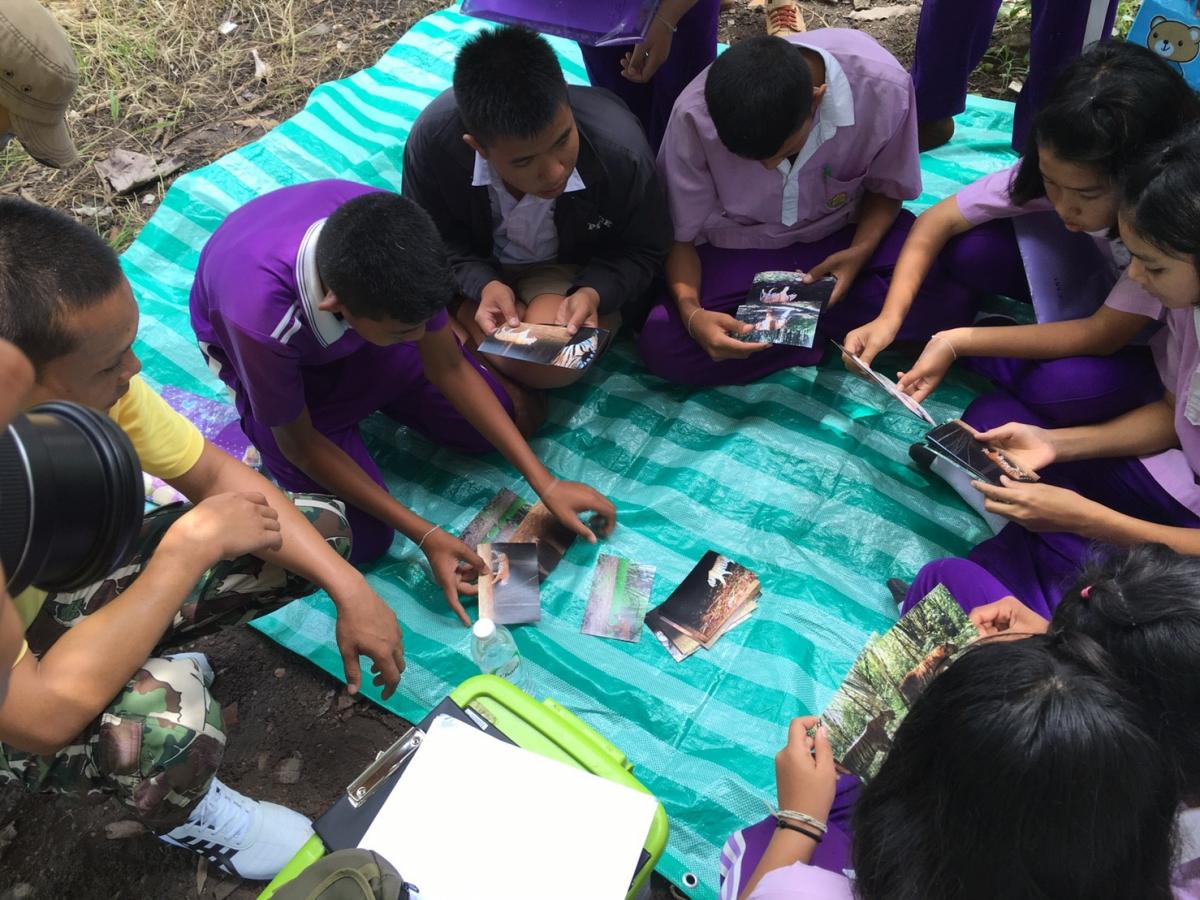 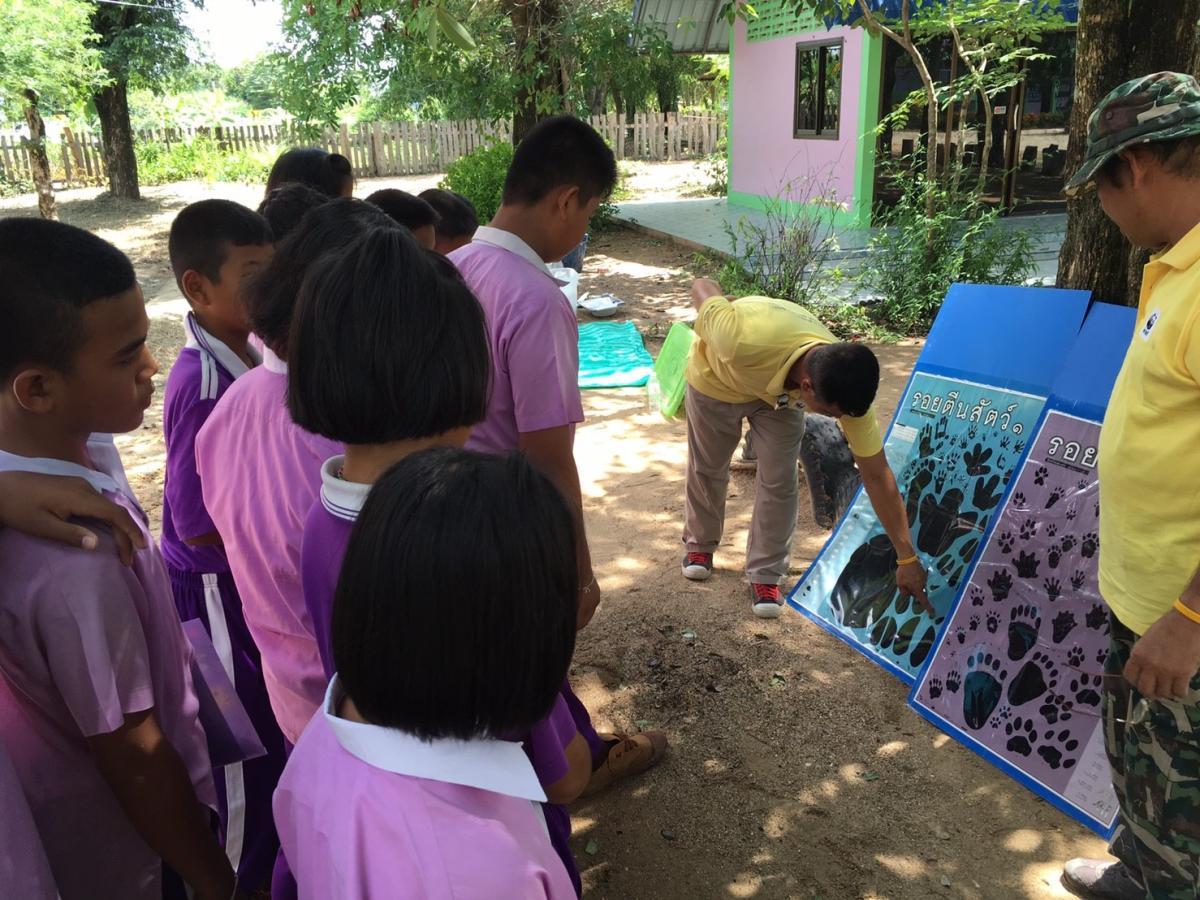 An especially positive development in Thailands‘ schools is the government‘s new challenge to  teachers to help students „Study Less – Learn More,“ to decrease students‘ study time and instead to enable learning through nontraditional means by undertaking activities outside the classroom. This campaign provides  a good opportunity for us to work with teachers to develop activities centered on environmental and wildlife conservation. In this vein, a 3-day Workshop with teachers from 28 schools was conducted in which teachers were educated about current threats to tigers and their habitat and the most effective tiger protection methods. Armed with this knowledge teachers are now developing tangible projects with their students in order to incrementally support saving threatened species and reestablishing their habitat. Such projects not only are key to educating the populace in general but also provide an important and stable foundation for future tiger protection.

A final significant step toward successfully implementing the tiger protection program this year was extending current programs beyond Thailand‘s borders to Myanmar. To find enough prey and to propagate, tigers must be able to roam unthreatened and to go beyond Thailand‘s borders to establish new dwellings in Myanmar. Thus, it is one of our larger goals to connect preserves in Thailand with national parks in Myanmar, in effect enhancing tiger freedom of movement. Appropriately, the successful warden program, as well as cooperation with the government and local communities must be implemented in Myanmar. Additionally enhanced border controls are needed through well trained customs officials and the deployment of sniffing dogs trained in species protection, in order to stop the trade of tiger products from Myanmar to China.

For our continued efforts, this means that the focus up until now on Thailand will be extended to Myanmar. With the help of numerous supporters and tiger friends we were able this year through the A World for Tigers Foundation to provide the needed funds, with the WWF,  to build a first ranger station in Myanmar. This station enables wardens to conduct regular patrols locally in protection of tigers. The constructgion of this station marks an important step toward establishing Myanmar‘s tiger protection effort step by step based on the model developed and proven in Thailand.

Many new  tasks and challenges await us in 2017. We look forward together with the WWF and our many wonderful supporters to continuing on our path and to realizing our goal of securing tigers‘ future!

We thank you with all our hearts for your continued support and loyalty – also on behalf of the Indochinese Tiger!

All pictures were kindly provided by the WWF and its local employees.

Copyright © 2020, A World for Tigers Foundation
Theme by Devsaran